Gokceada as being the largest island of Turkey, has beautiful coasts and chrystal clear waters in the Agean sea. Gokceada is also famous with its impressive sunset and plenty of fish dishes. Gokceada (Imroz) is an area of 289.5 in kilometers. The lengths from North to South is 13 Km and East to West 26 Km. The island is located 33 miles away from Canakkale but 14 miles from Kabatepe Sea Port on the Gallipoli Peninsula. Furthermore Gokceada is 16 miles away from the Greek island, Limni, 14 miles from an island named Samothrace. Gokceada is regarded as the 4th largest island of the world in terms of fresh water sources. The Island has 9 villages and a township centre. These are Kalekoy , Eskibademli , Zeytinlikoy , Tepekoy , Derekoy , Ugurlu , Eselek and Sirinkoy. The population of the centre is 7100 the number of inhabitants of the villages is 1500. but during the time Of the winter it is about 10000 (population).

History of Gokceada
Gokceada was dominated by many nations and tribes throughout history. It has always been somewhere attracting because of being an important point at the entry of the Dardanelles. Because the island was so often invaded, no development was established; besides, the folk was harmed. The folk sick and tired of the pressure and discomfort gathered a committee to Plead Fatih Sultan Mehmet, the sultan of the Otoman Empire at the meantime, for protection. It is accepted that the first tribe stepping on the island is the Pelagians(Akalar).the Works found as a result of excavations under control of Prof. Dr. Halime Turkyılmaz indicate the fact that the history of the island date back to 5000 years before. After the Pelagians(Akalar); Persians, Athens, Spartians, Romans, Byzantines, Genoses Venetians and Turkish Republic dominated Gokceada respectively. The folk themselves requested protection from the Otoman Empire. Althougt the island has been inhabited by many civilizations, so little trace did they leave behind due to the depredation after each war. In the history of Gokceada, the ruins of each dominating civilizations have been scattered in the island. The most important of them is 5 thausand years' tumulus on Cinarli plain. The grave made of rock in Aydincik and the tomb graves behind a house in Kalekoy are very interesting. There are ruins of a castle left from Geoneses. There are also ruins of an old castle in Seytan Kayaliklari in the site of Kapikaya. The headquarter used by the English in World War I, ruins of a barrage lake and the sunk in the sea in Guzelcekoy are highly interesting. There also take place laundaries, cannons and documents from the Otoman Empire. In the seas are observed many old sunks and anphoras. The ancient looms, barrels, wooden things are under protection. The ruins of presumably the oldest barrage are in Roksados. In Thameni 'the place of buried treasure' in Tepekoy, archeological ruins have been found. Various archeological ruins are excavated in Kefaloz in Yenimahalle, in Balidosta in Tepekoy, in Arasia and Krioneroda in Zeytinlikoy and in Pirgosta and Kastro in Derekoy (Yukari Kalekoy).
Gokceada is also famous with its grapes. 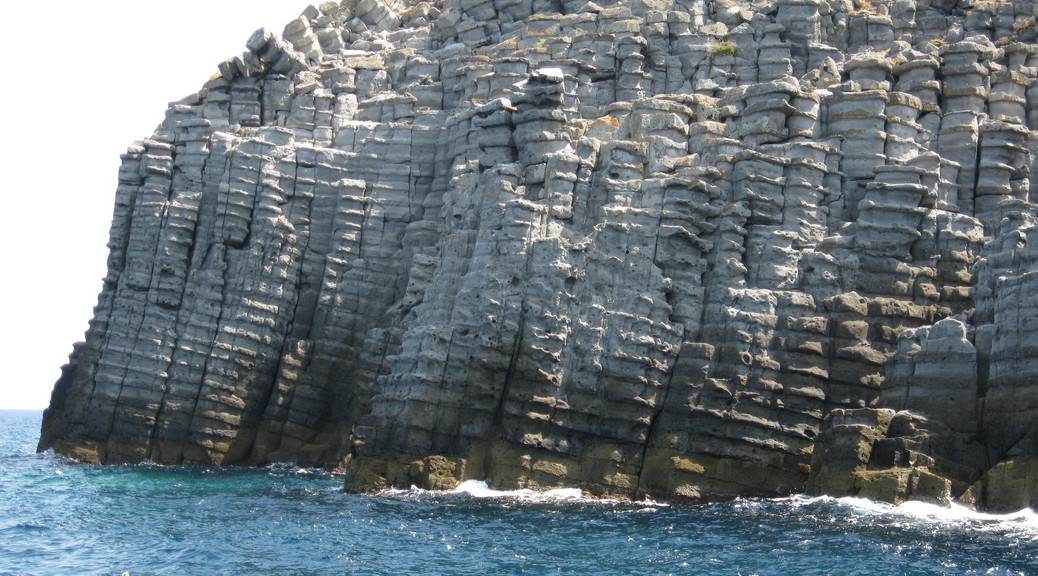